A couple of years ago, I bought The Gamers: Dorkness Rising from Amazon. It was cheap, and Amazon recommended it based on my other purchases – which is sometimes a good thing, when Amazon’s recommendation engine isn’t smoking crack. It was a low-budget fan-made film which featured both a group of role-playing gamers (with all of the idiosyncrasies that implies) and the universe within the game they were playing (for the most part, the same actors played the players and their characters). I hadn’t seen the one or two earlier, even lower-budget films which preceded it; but that wasn’t necessary – the film stood alone on its own. I liked it enough to recommend and lend it to other people (it’s not on my shelf right now, meaning someone – possibly still has it); and when the group who made it started a KickStarter drive to fund the even more ambitious sequel, I naturally tossed some of my gold pieces into the pile.

The new movie, The Gamers: Hands of Fate, has just been finished and will be streaming, for a limited time, for free, starting tomorrow. As a backer (my name is buried somewhere within about ten minutes of credits), I’ve already downloaded and seen it today. Like the previous installment, this story stands alone on its own and doesn’t require you to have seen the previous episodes; so there’s no reason not to watch it for free once the site goes online. The RPG campaign from the previous movie is mostly at a standstill, as the various characters as busy with their lives doing other things (and occasional attempts to play it, with the characters standing around bored waiting for their players, is a minor running gag). The main real-world focus of this movie is a fictitious (although I think that will change) collectible card game, and the world championship bouts occuring at GenCon. The world within the game also features quite a bit in the movie, and there are other subplots and running gags. I don’t want to give any spoilers about the ending, but I will at least tell you that there are no additional scenes at the end of the extensive credits.

Go ahead, watch it. It won’t cost you anything; I’ve already paid for it. 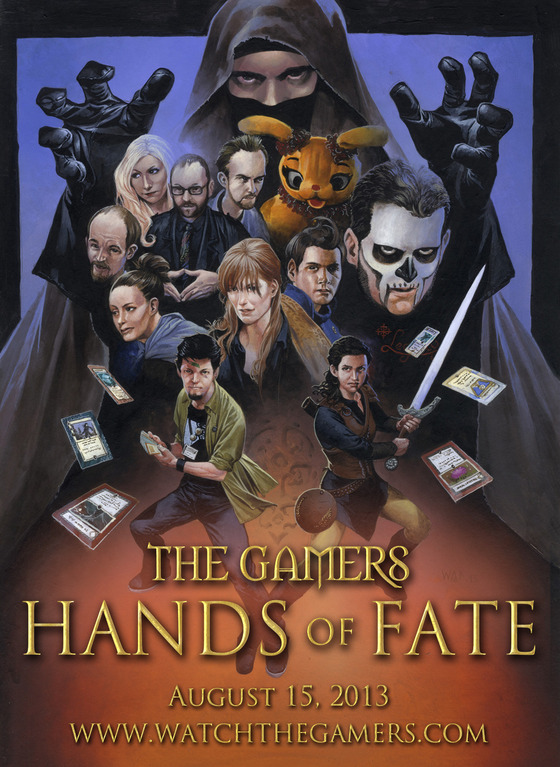